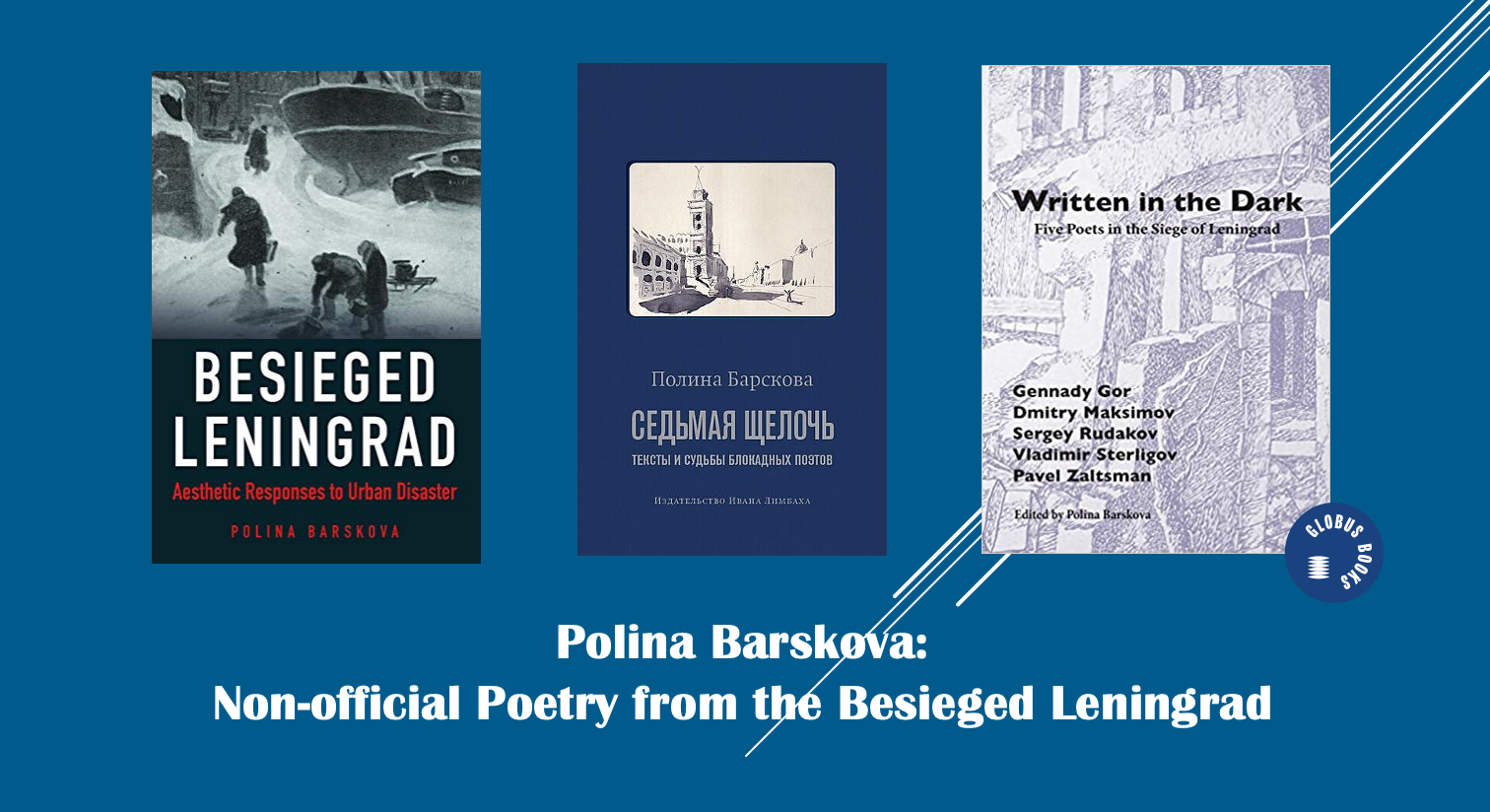 Globus Books is honored to present a talk with Polina Barskova. This event will be an interview and a lecture based on the recent books of Polina Barskova dedicated to the Siege poetry in Russian and English.
This event is in English with poems presented both in Russian and English. It will be held on Zoom on February 1, 2021, at 3.00 pm PDT (SF), 6 pm EDT (NY). There will be a limited number of seats; please contact Globus Books via FB messenger to register. We will also be live streaming the event on our YouTube channel (https://www.youtube.com/c/GlobusBooksSF/videos) and later will share the edited version of the program.
Barskova's lecture will consider non-official poetry of the Siege of Leningrad in its rich and striking diversity of style, genesis, and political perspective: Gennady Gor and Tatiana Gnedich, Natalia Krandievskaia and Pavel Zal’tsman, Sergey Rudakov and Zinaida Shishova, among the others. The realm of the Siege non-official poetry is voluminous and various. Barskova will present some of the most important, striking, unexpected voices and texts aiming to uncover that brutal yet brilliant Atlantis that was the literature of the besieged Leningrad.
With its death toll of arguably 1,000,000 victims and duration of almost three years, from 1941 till 1944, the Nazi Siege of Leningrad is considered to be the most significant military event of its kind in modern history—the most significant and – one could argue one of the most publicized. This historical tragedy knew no dearth of cultural documentation--from its first day, September 8, 1941, its gruesome actuality--corpses in the streets, tireless bombing and shelling, darkness and bitter cold but first of all hunger--found representation in every literary form imaginable, from journalistic sketch and novel to vaudeville and fairy tale. And, of course, -- there was poetry.
The Siege survivor presented to the world for decades by the regime was that of the stoic Soviet soldier: even old people, women, and children of the Siege were depicted as warriors likened to the gilded monuments. It is these monuments, ubiquitous in the city, that informed the world the retouched story of the Siege--filled with pathos and devoid of the horrific truth. The truth meanwhile was waiting for its hour.
The times had changed. The archives opened and created new venues for publication, predictably. Still, shockingly, from the darkness of the “secret files” and writers’ desks emerged works of poetry that spoke from the very depth of the Siege-shattered self.
Polina Barskova began publishing her poetry at age nine and is the author of eight books of poems that have garnered national awards in Russia. Two collections of her poetry in English translations appeared recently: This Lamentable City (Tupelo Press, 2010) and The Zoo in Winter (Melville House Press, 2011). She is also a published scholar with degrees in classical literature (from St. Petersburg University) and Slavic languages and literatures (UC Berkeley). Her research concerns Soviet Russian literature of the 30s, and she has forthcoming books on cultural life during the siege of Leningrad. She currently teaches Russian literature at Hampshire College and lives in Amherst, Massachusetts.
Globus Books is an independent bookstore serving San Francisco since 1971. It offers a wide-ranging stock of books on all things Russia. Globus is actively working with the libraries across the states on completing their holdings for Russian publications, both contemporary and out-of-print. The Globus Books team is well-known for its expertise in first editions of Russian literature, books on the Russian avant-garde, early imprints, and travel and voyage books. Under the new management, Globus strives to serve the Bay Area, bridging gaps, continuing cultural traditions, and giving voice to unrepresented communities in Russia and the US. Globus Books features several series of literary and cultural events on its YouTube Channel (https://www.youtube.com/c/GlobusBooksSF), including Literary Translation Round Table, History/Anthropology, Playtime and Storytime for children, and more.
This program is produced and hosted by Zarina Zabrisky, the author of three short story collections and a novel "We, Monsters" (Numina Press). Zabrisky's work appeared in nine countries in over fifty literary magazines and anthologies, including The Nervous Breakdown, A Capella Zoo, Eleven Eleven, The Rumpus, Guernica, and received nominations and awards. Zabrisky runs literary and cultural programs at Globus Books.